One bummer thing is there really doesn’t seem to be anything out there for the car that’s good as is.  Everything needs modification. 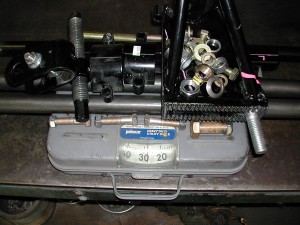 The panhard bar mounts from UB had a couple shortcomings.  One, the axle-side mounts were really big and heavy, with all sorts of clamps and things.  With it welded on, a lot less material is needed.  So John hacked off a bunch of unnecessary material, and welded the puppy on there.  Before: 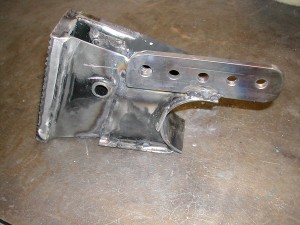 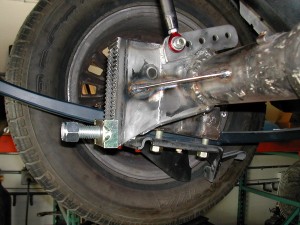 Those changes took a few pounds off the panhard parts, which means a few fewer pounds of unsprung weight.  Another thing I see on so many of these cars is a truckload of parts bolted/welded to the rear axle (evil Steelitis rearing its ugly head again!).  Sure, 5 new links and an 8 foot torque arm may control the axle well, but is it really worth another 75 pounds of unsprung weight to track over every bump?

Another  problem was the way the UB Machine chassis-side mount received the lateral loads from the panhard bar.  Recall this pic from before: 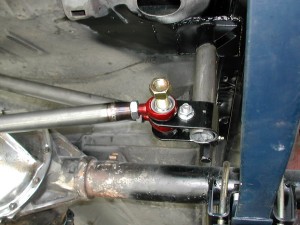 The lateral compression/tension loads from the panhard aren’t in line with the vertical piece coming down from the chassis, or the cross brace.  I was worried about the lateral loads causing the panhard mount piece to want to “twist” around the tubular down tube.

So out come the grinder and welder again, to modify that piece, to direct the loads into the chassis down tube, in the way I’d like to see. 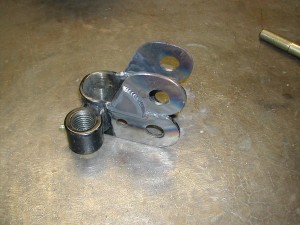 This keeps the panhard in line with the support cross brace- 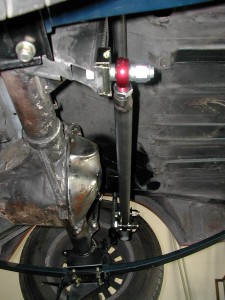 And in line with the support piece- 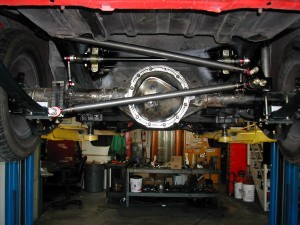 So now, the panhard rod is done.  Swaybar in next post…