Back in the day, The General provided first gen Camaro owners a wide range of choices in final drive ratio.  I’ve seen everything from high 2.xx’s to low 5.xx’s available as factory options.

For this thing in 2013 STX trim I went with 4.88, which netted high 60’s mph at the top of second gear with the original redline and rear tires I’d chosen.  About right for an STX car. With eventually shorter rear tires and a lower redline after a lot of broken valvetrain parts, the max speed ended up in the low 60’s, not so good.

Another shortcoming revealed itself the following year when I took the car on the freeway for the first time – with the >27″ tall vintage tires, 4000rpm in top (fourth gear, 1:1), netted 62mph.  Not very relaxing. 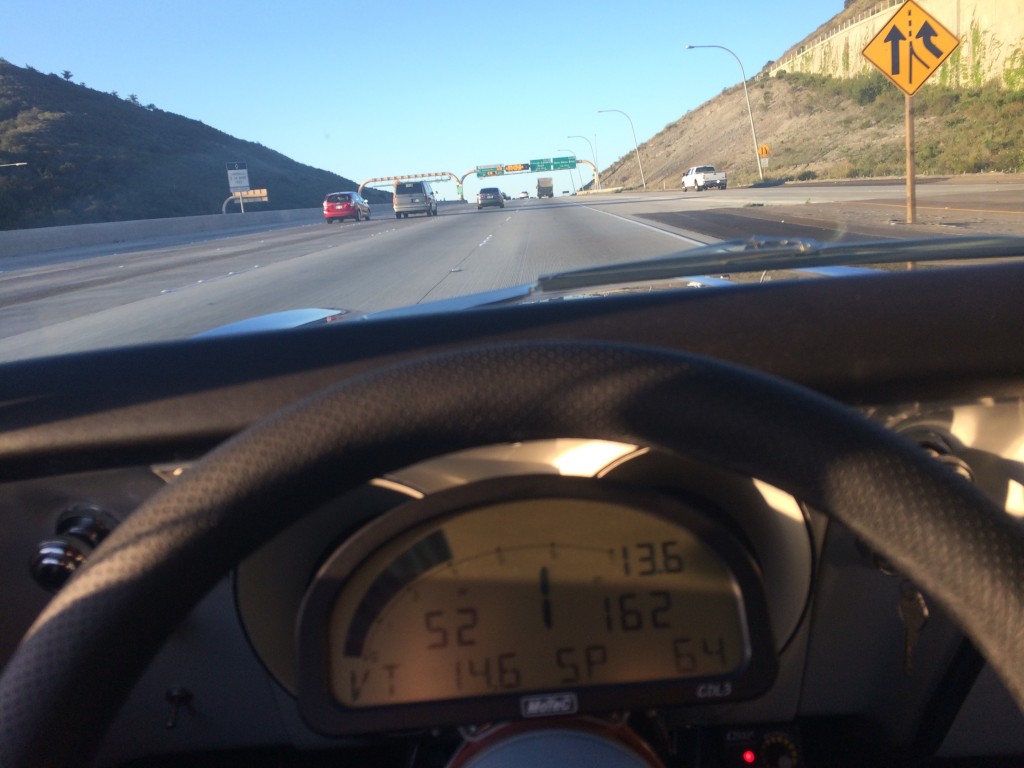 Not looking to track the car any time soon, I only had two requirements of the gearing situation:

Below is a cut from one tab of my super-duper everything-I-know-about-cars spreadsheet.  Getting gearing right is important and key to understanding thrust.  By messing with the stuff in green I can see the resulting outputs.  Column K, 2nd Gear Max, is important to ensure your car has “long enough legs” for autocross.  Column M, RPM @30mph, tells you about where the engine will be coming off the slowest of corners – especially important for peaky or boosted engines.  Plugging the highest transmission ratio into the second gear column and them multiplying column M by 2-2.5, gives me a quick idea of cruise RPM.

The problem with the old school Muncies is second gear (1.64 typical) tends to be too close to top gear (always 1:1).  So while 10mph per 1000rpm is perfectly reasonable for second gear (column N), with a Muncie that means you’re only getting 16.4mph per 1000rpm in top – which puts you in a situation like the above.

This is where the world kinda explodes for me.  Every car I’ve monkeyed with in the last 15 years, has been done within the tight constraints of an autocross ruleset.  The only exception maybe was building the 240sx for Street Mod in 2007, where sizing and building a turbo system was a ton of fun – but where I also learned that there was such a thing as too hardcore of a race car for me.  Every time before and since, the rules had kept me from going too far – and in my current frame of “just don’t do anything that’s illegal in CP or CAM” – the sky is the limit.

One option would be to stick with the Muncie.  To produce a good autocross gear and a decent highway gear, would mean having to autocross in first gear.  For regular Solo that might kinda work but for anything with a launch it would not.  The little 302 just doesn’t have the beans to get off the line with a 70+mph first gear.  An 8 liter Viper with a 60mph first barely does.

Another is the Gear Vendors overdrive unit, which adapt to the Muncie and give a quick overdrive at the touch of a button.  Thought about this for a while, and it might be neat in an autocross setting, to basically be able to paddle-shift up or down on course between second gear and “second-over”.  The biggest concern I had with this, is the “upshift” into overdrive wasn’t instantaneous (“down”shifts out of OD are) – the engagement of overdrive is actuated by a pump on the transmission output shaft, and the faster it’s turning, the quicker the engagement.  In videos where they show it engaging in first gear, there’s a delay of maybe three quarters of a second before it kicks in.  That maybe doesn’t sound like a long time, but when you’re trying to time that on an autocross course, it’s an eternity.  Seemed likely that it wouldn’t be totally consistent either.

The other issues were the unit is pricey (more than a good new 5 speed trans) and the overdrive is “only” .78.  Better than nothing, but not as much of an overdrive as offered elsewhere.  Lastly, my M21 leaked like oil was going out of style.  Not an easy fix either, a worn countershaft hole in the case, the only way to repair is to drill out the hole and put in a new bushing, or buy a whole new case.  So to fix the M21 and do the GV Overdrive was quickly becoming a $4k proposition

Elsewhere, there are some really beefy 4 speeds, like the Jerico transmissions commonly used in circle track racing.  Common now in Street Modified and Prepared classes autocross, they are strong and light, and for this common RWD Chevy application, not that much more than some of these other options.  Their non-synchronized straight cut gears sound great too.  Problems there, they’re quite noisy, a bit of a pain to use on the street, and I’ve heard stories of them actually having a hard time with extended durations at light load, like cruising on the highway.

The most common swaps for these cars are Tremec 5 or 6 speeds.  The 5-speed come in the TKO500 and 600 flavor (the number representative of their steady-state torque limits) and the six speed is the T56 Magnum, good for ~700. 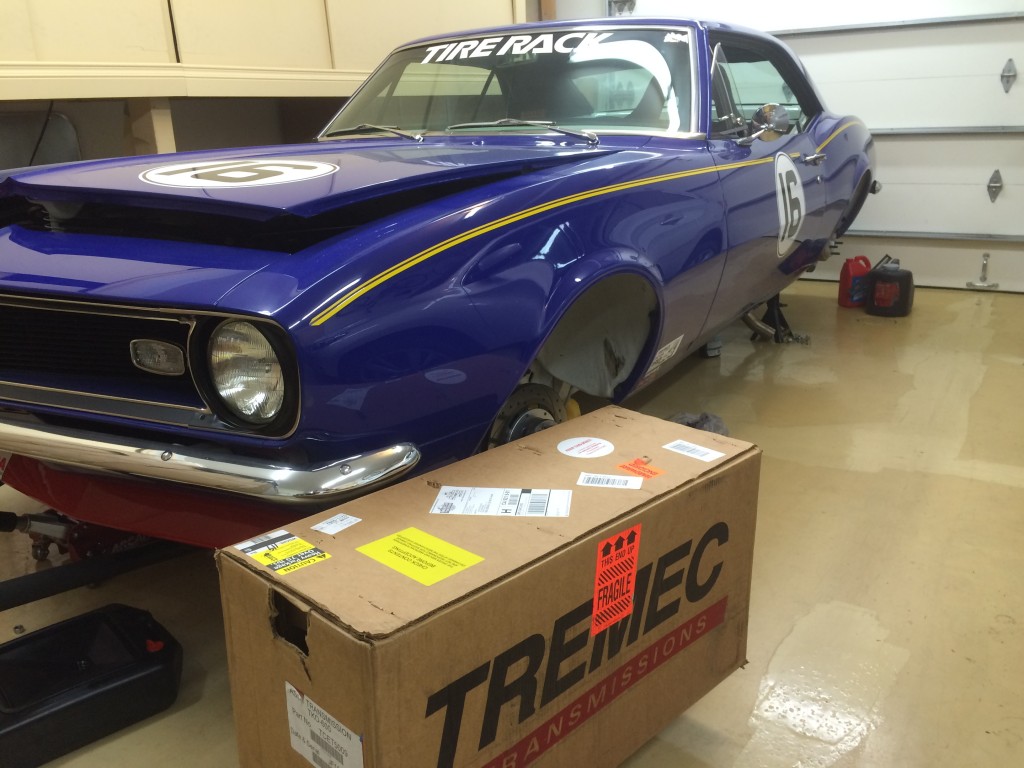 An advantage of the T56 is you get 5 well spaced gears and a good cruising overdrive.  If you want your car to stay in a narrow rpm range from 50 to 150mph, you want a 6 speed.   With the 5 speed you get 1-4 similar to the 6-speed, but you have to choose whether you want your fifth gear to be like a T56’s fifth – maintaining good acceleration on a racetrack, but a bit buzzier on the highway (.82) – or more the like the T56’s 6th, where acceleration on track would be feeble, but you get a more relaxed cruise (.64).

For its superior strength and flexibility across speeds the 6-speed can’t be beat.  The cost isn’t that much more either, only a few hundred bucks more than a TKO600.

There are some downsides though.  First, is it’s a physically much larger transmission than the 5-speeds, which themselves are already a fair bit bigger than the 4-speed Muncies.  While the TKOs can fit these old Camaros without tunnel mods, the same isn’t really the case for the T56.  The other, is they’re heavy – over 130 pounds. 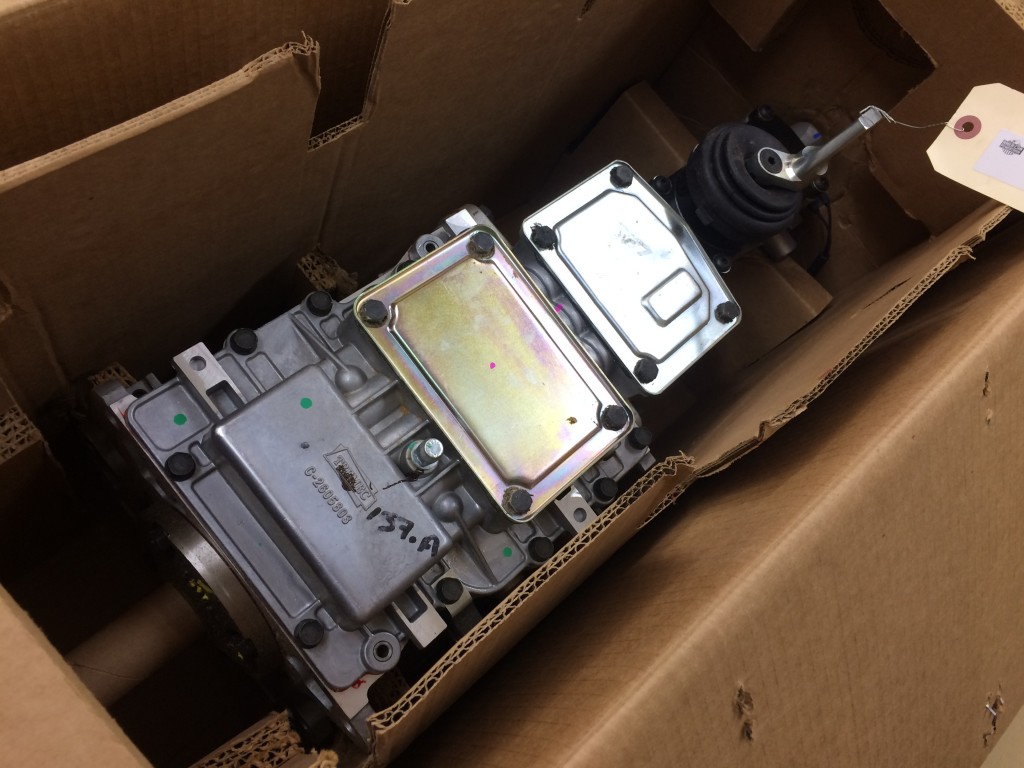 Long story coming to an end, I went with a TKO600.  I don’t plan on acceleration above 4th gear speeds to be something I need to worry about (just don’t want to go that fast in this old thing) – and the fitment and weight benefits sealed the deal.

My motor is nowhere near 500 ft-lbs. of torque even after its planned upgrades so the TKO500 would have been fine, but the 600 was only a little bit more and should provide some future-proofing if things escalate in the future. 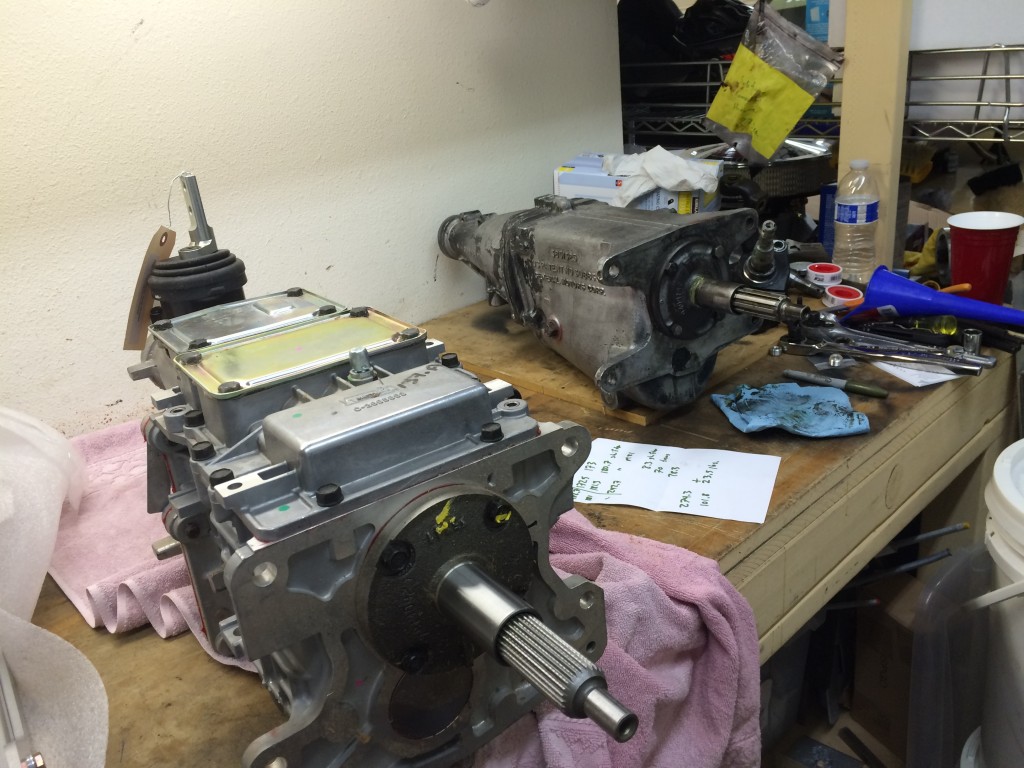 That paper has my notes on weight:

So, in a heads-up comparison, the TKO is 23 lbs. heavier than the Muncie.  The TKO installation kit comes with a new crossmember for mounting in the car which saves a couple pounds, for a net +21.

Last bit in this space are a new flywheel/clutch/pp.  Flywheel is an aluminum Fidanza, clutch kit is a McLeod RST street twin disc.  The clutch is rated to 800hp (future-proofing again!) but by virtue of being twin-disc, retains a lightweight and smooth, streetable engagement.  The cost is the clutch assembly is heavy!  Every pound the light flywheel saved over the OE iron piece, the clutch takes back.  Oh well, at least no net gain there. 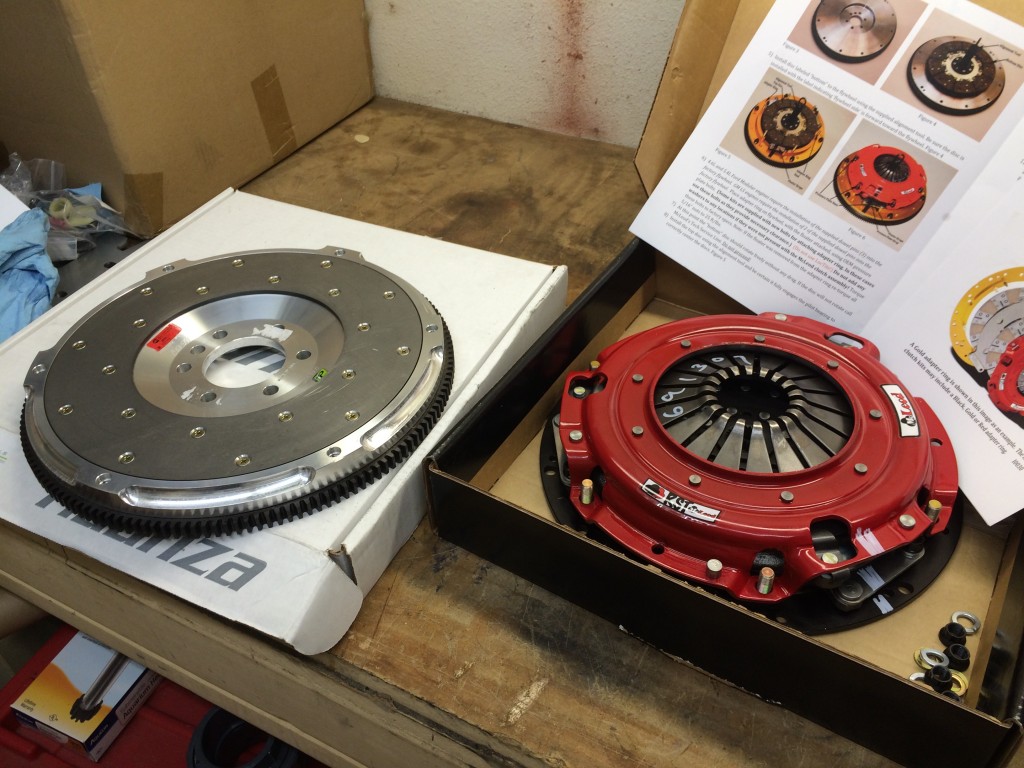 Looking forward to eliminating the biggest leak on the car, and taking the revs down to a reasonable place on the freeway.  Lots more to do though!